Press Secretary Kayle McNee removing her mask before a TV interview in Washington. On Friday, the US President reported himself to be Corona positive. -File photo

White House press secretary Kayle McNee has also become infected after US President Donald Trump became Corona positive. He informed about it on Monday. Kayle tweeted – Her report was continuously coming negative since Thursday. But, on Monday it came positive. However, there were no symptoms of corona.

He did not know about Hope Hicks (Trump’s personal advisor) before a White House press conference on Thursday. Now she will work quarantine. On Friday, US President Donald Trump was also found infected, after which he was admitted to the Military Hospital of Walter Reed.

At the same time, Malaysia’s Prime Minister Mohiuddin Yasin has become self-quarantined after a cabinet minister was infected. The Health Minister has warned that Malaysia is facing a new wave of Corona. The country received 432 new cases on Monday. With this, the number of infected has increased to 12,813. So far 137 people have lost their lives here.

The number of infected in the world has gone up to 35 million 25 thousand 695. It is a matter of relief that 2 crore 67 lakh 22 thousand 410 people have been cured. Currently, 77 lakh 59 thousand 778 patients are under treatment. The death toll has crossed 10.43 lakh. These figures are according to www.worldometers.info/coronavirus.

Corona has the highest impact in these 10 countries

France: All bars and cafes closed

All bars and cafes in France’s capital Paris have been asked to close since Monday. The country’s health minister, Olivier Veran, gave this information on Sunday. He said that it is necessary to reduce the infection rate in the capital Paris. If this is not done, the city may face a lockdown again. So far 6 lakh 19 thousand 190 cases have been reported in France and 32 thousand 230 people have lost their lives.

Japanese fashion designer Kenzo Takada, living in France, died on Sunday of a corona infection. Takada was famous worldwide for her Kenzo fashion brand. The 81-year-old Kenzas was hospitalized in Paris after being infected. Takada came to France by boat in 1965 and was living in France.

Medical workers engaged in corona testing of passengers at the airport in Paris, the capital of France. It is necessary for all foreign travelers coming to the country to undergo a test. – File Photo

New Zealand Prime Minister Jesinda Ardern on Monday announced the removal of the lockdown from Auckland. He said that we have defeated Coronavirus for the second time too. However, a level one alert will be issued, taking precautions. The infection is now expected to be up to 95%. He said that Corona will be with us for months, but we should take it as an important achievement. So far 1855 infected have been found in the country and 25 people have died.

The World Health Organization (WHO) said on Sunday that the number of infections in 54 countries in Africa crossed 10.5 lakh. So far, 36 thousand 319 deaths have taken place in these countries. More than half of these cases were about 6 lakh 80 thousand and 16 thousand 938 deaths in South Africa. The WHO stated that hospitals in most African countries have less facilities. These countries have more number of young people who are prone to infection. This is the reason that cases are increasing rapidly here. 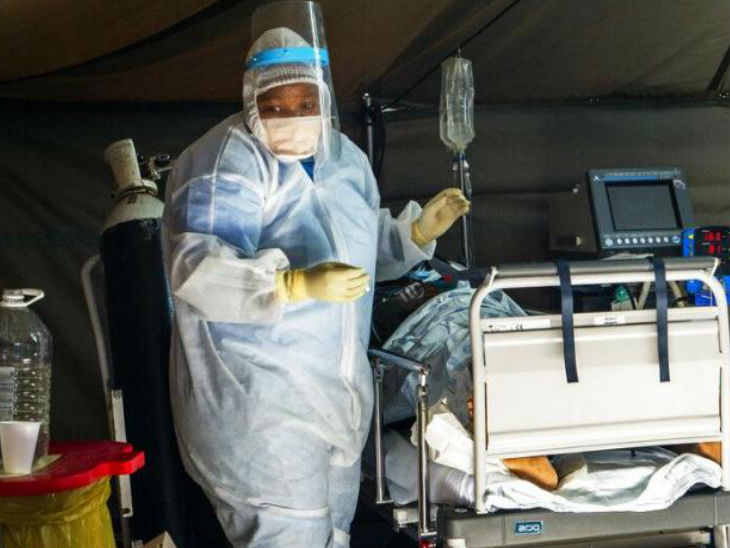 Doctor engaged in treatment of corona infected patient in a hospital in Pretoria, South Africa.

Venezuela: Russia’s vaccine to be installed by President’s son
Venezuelan President Nicole Maduro said on Sunday that his son would be involved in the trial of Russia’s Corona vaccine Sputnik-V. Venezuela recently approved a trial of Russia’s vaccine in their country. Sputnik-V’s 2000 dose reached Venezuela last Friday. Maduro said that my son has told me that he wants to participate in the vaccine trial. It’s a good thing. Maduro’s sister will also be a volunteer for the vaccine trial. 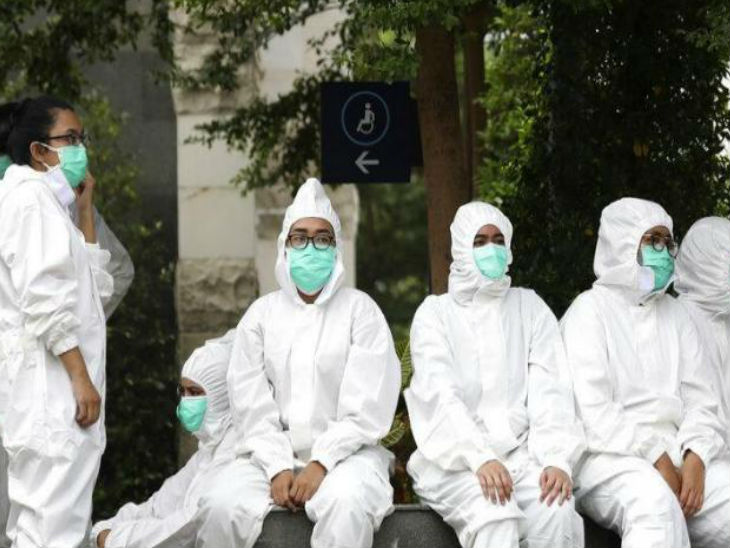 Health workers resting on a platform outside a hospital in Caracas, Venezuela’s capital.

Britain: More than 22 thousand cases in 24 hours
In the UK, there have been 22 thousand 961 cases of infection in the last 24 hours. The country’s Public Health Department said that the new case is a matter of concern. New cases have been added as some cases are not available. Between September 25 and October 2, 15 thousand 841 cases were not detected in the country, in which case these cases were included in the new cases of Saturday and Sunday. So far more than 5 lakh infected have been found in the UK and more than 42 thousand deaths have occurred. 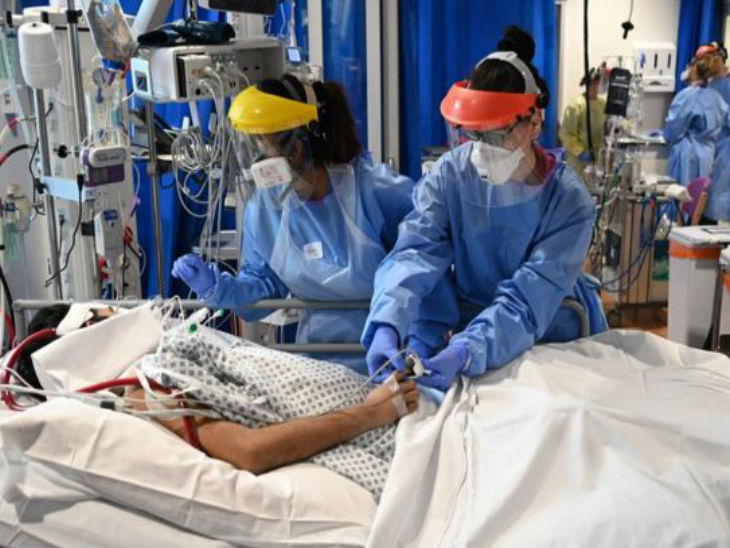 Doctors engaged in the treatment of an infected patient in a hospital in London, the capital of Britain.